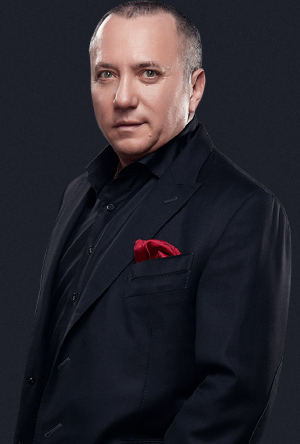 Q: Let’s start with the usual question: when and where were you born?

Q: What are the values that shape your professional and personal life?

A: I believe in God and the institution of family; I also believe in the open and fair relationships with contractors and business partners. I defend my honor and dignity.

Q: What do you struggle with?

A: Mostly with myself – with the task of balancing my time commitment to my favorite personal activities and my work-related responsibilities.

With others – not that much. I believe that changing others is none of my business.

I want to contribute to making Bulgaria a better place to live by reducing the negative impact of industry on nature.

Q: Do you make donations?

A: Yes, but I would rather not talk about it.

A: I would not mix business and politics, because they contradict one another.

Q: Would you share some interesting details about how Nord Holding AD came to be?

A: My career in the field of ecology began at a non-ferrous metal scrap purchase site where I was responsible for accepting the scrap.

Gradually I was promoted to cashier, merchant, and then partner. Later I bought out the company equity from the other partners and founded Nord Ltd., which went on to acquire several other companies to become Nord Holding AD.

Q: Which educational institutions did you attend?

A: I graduated from the University of National and World Economy with a major in Economics and Trade Management, and although this is my only degree, I can say that I have not stopped studying since then.

Similar to personal development and improvement, business is much like an onion – no matter how much you peel, layer by layer, there is always more. Come to think of it, many unpeeled onions can be found as long as you are eager to look for them…

Q: Over the years you have gained significant leadership experience occupying key positions in various companies and organizations. Could you elaborate on the sequence and essence of your professional commitments?

A: Since 2008 I have been general manager and partner in the Stroyconsult construction company.

I have held the position of Chairman of the Bulgarian Recycling Association twice: from 2007 to 2010, and from 2011 to date.

Since 2008 I have been economic and financial consultant to five-star aparthotel Lucky Bansko in the town of Bansko.

Currently I am the Chairperson of the Supervisory Board of Nord Holding AD.

I am the founder and one of the partners in the kidso.bg and bebso.bg online stores specializing in the sale of goods for children aged 0-14.

Q: Notwithstanding your diverse professional commitments, you manage to make time for your favorite personal activities, which seem to be much more than just hobbies. What distinctions and awards have you won?

A: Personally, I take pride in several awards from sports car races on the track and several prizes from various golf tournaments.

In terms of business, I can highlight the 2014 CAPITAL newspaper award for most dynamically developing company, which was awarded to one of my companies, Nord Ferroindustry.

In general, aparthotel Lucky Bansko, which I consult, has the greatest number of awards. Almost every year the hotel occupies the first place in various rankings.